Liveable Exeter is a housing programme that will deliver 12,000 new homes in new urban communities on existing brownfield sites. The programme will address major challenges of infrastructure and renewal, low carbon development as well as drawing together the core threads of the City’s vision for 2040 which includes Exeter as a prosperous, sustainable, community led and active city. Liveable Exeter is a programme of transformational change that will deliver major benefits to the citizens of the city, the region and the environment.

The work of the Liveable Exeter programme involves taking a holistic approach to place-making in the city – building on the best of what the city already has to offer and creating a city ready for the future.

To help support such an ambitious programme, the Liveable Exeter Place Board has been established to bring together all the major organisations in the city as well as private and voluntary sector figures. It allows for frank and candid confrontation of the issues they face in a manner that supports collaboration and a common purpose. The issues involved within Liveable Exeter will have city-wide impact and will benefit collaboration with city partners.

The Place Board is Chaired by Sir Steve Smith, former Vice Chancellor of Exeter University who said:

“The Liveable Exeter Place Board is a most inspiring group to Chair. There is a sense of a single purpose between members to drive towards a common goal which seeks not only sustainable long term growth for Exeter and the surrounding region, but to do so with people and place at the heart of plans and continue to build a resilient city which is ready for the future.”

The Board is attended by the following members:

Chair of the Board 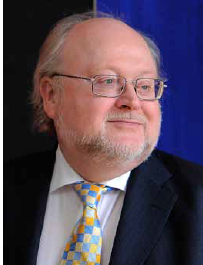 The Liveable Exeter Place Board is a high level vehicle for the constituent local authorities (Exeter City Council and Devon County Council) and partners to address collaboratively, issues relating to place-making and housing delivery. This joined up approach will support informed decision making.

It is the principal vehicle through which the city of Exeter will ensure that the desired transformational housing agenda known as Liveable Exeter is achieved.

The Board provides a cross discipline senior strategic board for the city that acts as a central lobby and strategic group for culture and climate change.